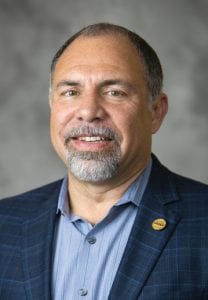 In an effort to empower residents in rural areas of Tennessee to go back to school and further their education, WGU Tennessee, an affiliate of Western Governors University, has announced it has partnered with Tennessee’s electric cooperatives to provide $50,000 in scholarships to residents who are served by electric cooperatives and interested in pursuing a degree from the online, nonprofit university.

The Power Your Future scholarship is open to new students in rural areas of Tennessee who are consumer-members of or live in a household served by one of the 23 rural electric co-ops that power rural Tennessee.

WGU is a leader in providing fully online, affordable, competency-based education to working adults who are interested in furthering their skillset but need the flexibility of online education to fit their busy lives. Through the Power Your Future scholarships, WGU aims to empower students in rural Tennessee who are committed to going back to school to complete their undergraduate or graduate degrees. Each scholarship is valued at up to $3,000 and will be applied at a rate of $750 per six-month term.

Electric co-ops and WGU share a mutual goal of supporting and investing in the future of rural communities. This partnership with WGU will provide new opportunities for the 2.5 million people served by electric co-ops in Tennessee to pursue degrees in higher education without the barrier of cost. We are excited to be on the frontlines of building a brighter Tennessee.

“We are delighted to partner with Tennessee’s electric cooperatives in this important venture, making education more accessible and affordable for working adults across Tennessee,” said Kim Estep, chancellor of WGU Tennessee and vice president of the Southeast Region of WGU. “Together we seek to provide a streamlined approach and expand access to higher education, particularly for rural residents served by electric cooperatives who do not have easy access to high-quality higher education in their communities.”

More than 4,000 Tennesseans are currently enrolled at WGU Tennessee, which has conferred more than 7,000 degrees in the state.

For more information about WGU or the Power Your Future scholarship, visit wgu.edu/power.

The post Committed to Our Communities appeared first on The Tennessee Magazine.